Years ago, in PI school, we were told to pick a cold case, read up on it, and propose our theory.  For me, that was a no brainer.  I’d been reading up on the Colonial Parkway Investigation for months.  I TOTALLY had a theory.  This one name kept popping up over and over. Between his overly emotional ramblings on the Web Sleuths page, his being in every new news article, and the curious circumstances under which he became involved, it was just too weird.

I proudly presented my suspicions and theory that he was responsible for at least two of the crimes and that he was insinuating himself into the investigation to gain access to his handy work.  My instructor gave it a beat then told me to check the news.  That guy was Fred Atwell, news had just hit that he’d been questioned by police for defrauding the families, then did some more illegal stuff while trying to flee to Florida.

He’s not been charged with any of the Colonial Parkway cases, so that theory had to be put to rest.  A few months later, I came to work at Morse Investigations and discovered that they’d been involved with the case for years. In fact, they were the ones responsible for uncovering his fraud and getting him charged criminally. Reviewing the larger case file, has given me new insights and I understand why Mr. Atwell is not a person of interest. It was my first lesson in these type of attention seekers. 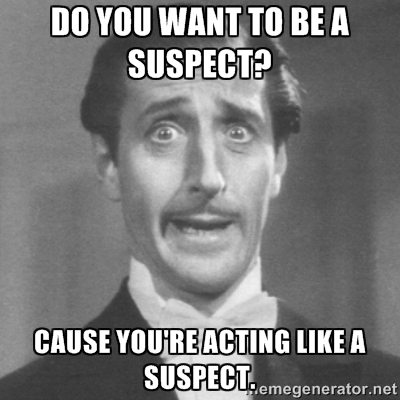 A sense of humor, compassion, and patience are necessary when working high profile cases. Not everyone knows what we know, or has the tact and intelligence to understand the ramifications of their behavior.

Modern day cases have presented investigators with new challenges.  Digital media has allowed unprecedented access and communication between onlookers, victims, and authorities.  Yesterday, I was looking at a Facebook page for a murdered child in Indiana.  They call it a justice page. But really, it’s where family members of the victim, family members of the man who raped and murdered her, and the public are all in one spot, being vile and abusive.  Here’s this murdered baby and they’re all pointing fingers and airing dirty laundry with an eager audience.  It’s a sad state, but as these family members recount personal memories of the suspect and tell their business, it provides a fascinating look inside the world of the type of people that these crimes seem to gravitate towards. It’s the proverbial train wreck that one cannot look away from.

Digital media also presents investigators with the complicated task of distinguishing persons of interest that are insinuating themselves into a case and people seeking attention, much like Mr. Atwell.  I think CSI and Criminal Minds don’t talk about this enough. Every case brings out a handful of people who involve themselves in the narrative with abuse, accusations, false leads, or just complete insanity.

I handled a missing person case in Indiana a few months back, where the police were not very forthcoming or proactive.  The reasons will have to wait for another blog post.  Anyhow, we were using digital media to smoke out the people who had last seen this person or might know where they were.  The fear was that their dealer had found them and that they’d gone on a bender and OD’d.  It was my first lead on one of these and I was really into it, for about a day.  Then the psychics, trolls, and wannabe suspects started popping up. 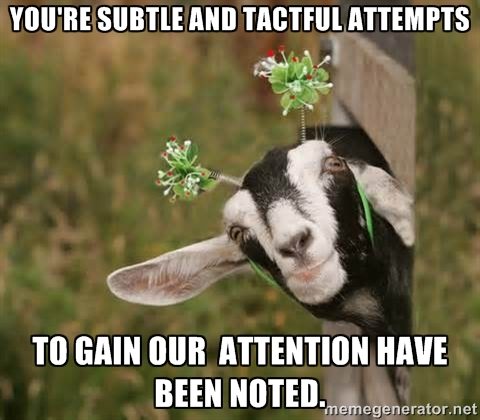 In missing persons and criminal cases, we often don’t know what’s going to be important. So, we gather as much information as possible, no matter how ridiculous.

Next thing I knew, we were fighting a war on three fronts as the police seemed to be working against us, the trolls began attacking the family, and the public’s wild speculation started to derail the focus of the case.  Every single person with an “opinion” had to be vetted and excluded as a person of interest or possible witness.  Let me tell you, they don’t like it when you call them out of the blue and ask if they kidnapped a stranger.  So, obviously there’s fall out there, but it’s necessary to keep the investigation going in the right direction.

I ask my friends on the Law Enforcement side all the time, “How do you guys deal with this?”  And the overwhelming response is to make sure it’s what it looks like, write down that person’s name, “just in case” and move on.  I asked one friend if they get a lot of tips reporting the commenters on social media as suspects, because that’s what happens in our cases.  It’s so disruptive that our hotline becomes an outlet for frustrated people to vent about the abuses they see on the news articles and dedicated pages.  He shrugged and said it was part of the job nowadays.

I’ve been involved in several high profile cases now, and every single one has had those handful of people that just can’t stay out of it.  From armchair detectives, to psychics, to internet trolls, we’ve had to police our own comments and actions to keep the investigation and the public’s focus in the right place.  It’s maddening that people with no knowledge of a situation (or investigative experience) will supplant their own supposition as fact and use that to harm our investigation or hurt the people that we’re trying to help.  I don’t really have a good answer as to why they do it, I don’t think it matters.  We live in a voyeuristic society among people who feed on despair and revel in the pain they cause. Now days, bad people on the internet are a fact of life.  A pathetic and disgusting fact of life. 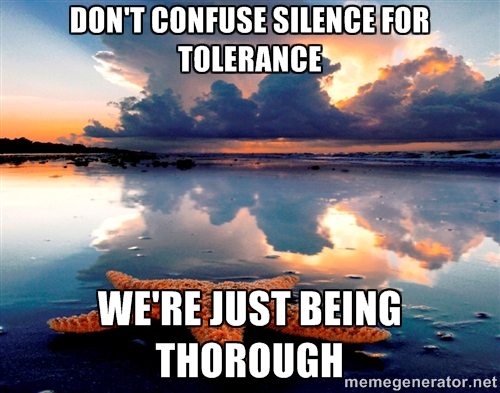 It’s part of the job.

In case you were wondering, the Indiana case had a positive outcome. The family and the missing person credit our work, and their community, for bringing them back together and getting them on a better path.  That makes all the other crap worth it.