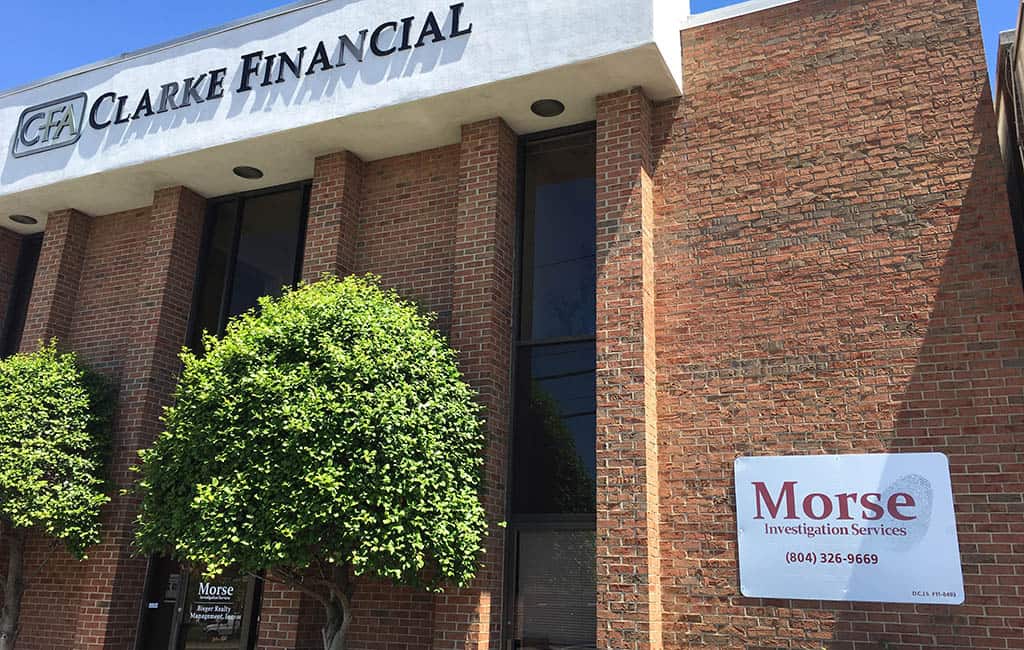 A local private eye has staked out a new home base.

Morse Investigation Services has consolidated its Richmond offices into a new space at 4912 W. Broad St. It coincides with the closure of the company’s offices in Midlothian and on Markel Road near Willow Lawn.

“We needed to hire some additional staff and new investigators to streamline our management,” owner John Morse said of the move.

Morse started the company in 2001 after using private investigators in his own child custody battle. He’d worked previously for home security companies Secure-24 and Alarm Doctor, which had investigative departments.

“After hiring other investigators that, quite frankly, were inept, I decided real attention needed to be paid to what was being brought to the courts,” Morse said. “I came into the business by untraditional means, not through law enforcement, and maybe that’s why it’s successful.”

Morse has 14 employees, seven of which he brought on recently.

Morse said the company handles around 40 cases at a time, each of which lasts about a month. He said 75 percent of cases are related to divorce and child custody. About 70 percent of his clientele are private people, with the rest being lawyers.For years, he serviced the state from a smaller office in Richmond, but in 2014 and 2016 he opened offices in Newport News and Manassas, respectively. He attributes the recent growth to his firm’s reputation.

He said in the first quarter 2017, business has been up over 250 percent from last year.

He said the expanded space and staff also will allow him to do more pro-bono community work.

“We do a lot of work for missing persons, child runaways and human and sex trafficking at no charge,” Morse said. “So far in 2017 we’ve been able to locate over 30 missing teenagers at no charge to the family.”

Mike Platania joined BizSense in December 2016. He covers startups, retail, breweries, nonprofits and other beats. He graduated from Virginia Tech. Reach him at mike@richmondbizsense.com or (804)554-6872.