Surveillance is a valuable tool in the right hands. Surveillance can literally advance an investigation within minutes. It can reveal new witnesses and end a case almost as quickly as it began. Not all investigators are capable of good surveillance and as a result often yield poor results which will do nothing but drain your account and vanquish your optimism. 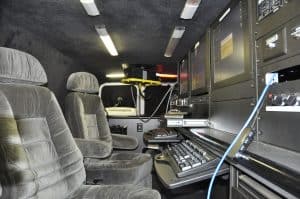 Selecting the right investigator is crucial. Television and movies portray successful surveillance missions and always depict beneficial outcomes.  In real life, surveillance holds none of the excitement displayed in the movies; the killer doesn’t throw out the smoking gun and the money isn’t buried in the garden.

All that entertainment aside, it is important to understand the value of good surveillance techniques. Investigators must carefully examine all known components of the target (or subject of an investigation) including personal habits, known associates and likely destinations.  Everything possible must be known about a case before surveillance can even hope to produce something beneficial. Failing to provide as much accurate information as possible often results in additional expenses that otherwise could have been avoided.

Surveillance does not always mean following or watching a person. A trained investigator may suggest surveillance on a location known to be pivotal in your case.  It is far easier to watch a stationary location with the outcome being just as revealing.

The potential benefits could be obvious but what risks are involved? The reason this tactic is called surveillance is because it is surreptitious. In most instances, you don’t want the target to know that they are being watched.  It can certainly spill your cards on the table for the opposing side to exploit. Therefore, it is wise to select an investigator who has done surveillance in the past and knows a sufficient number of techniques to avoid detection and yet obtain relevant evidence.  With this tactic you often have a very limited number of opportunities so it’s important to make the most of them.

Investigators today have some superb equipment that should be available to them for use in surveillances. High quality night vision goggles, cameras which provide high resolution digital photos and state of the art audio equipment all play a significant part in a successful surveillance. Having access to various vehicles and additional manpower when needed is also very important.

Good investigations utilize many tools and surveillance can be invaluable as one of several prongs in a well thought out plan.

It can’t be overstated that an investigator must not only know the value of surveillance to a case, but also be able to recognize valuable evidence gleaned through this process. A skilled investigator will know how to make the most of all the tools within your financial parameters.